Top 13 Easiest Countries to Move to From USA 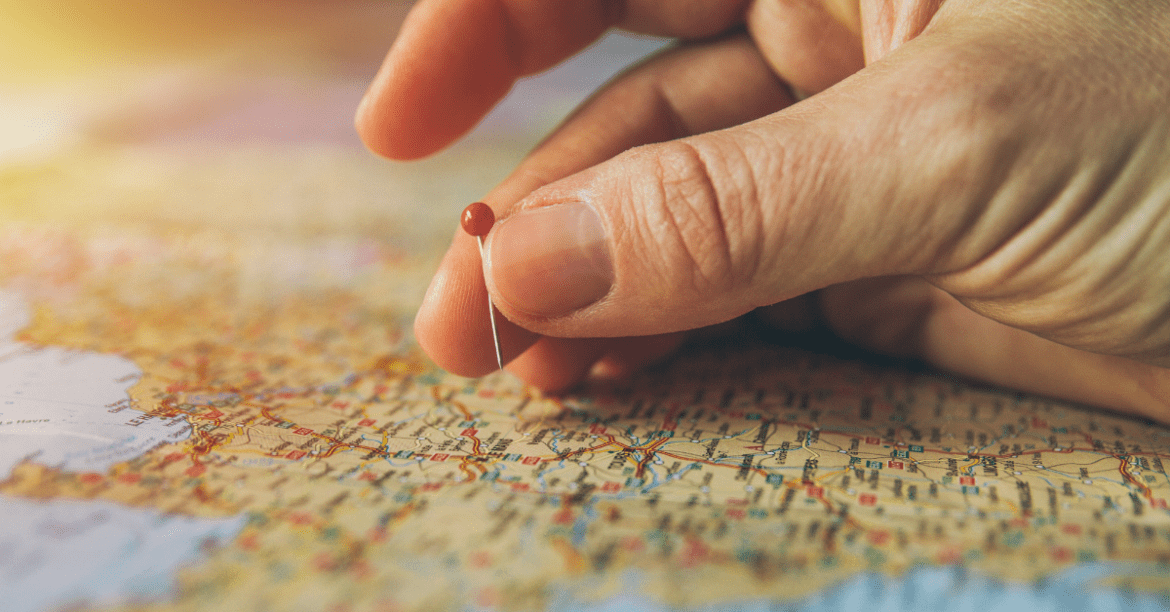 Are you tired of the cold winters and never-ending traffic jams of the USA? If so, you’ll be happy to know that several countries worldwide are easy to move to from the USA.

In this blog post, we’ll take a look at some of the best countries to move to based on factors such as ease of immigration and quality of life.

Easiest Countries To Move From USA

Here is a list of the top 10 easiest countries to move from the United States.

Moving to Mexico from the USA is a good option. It is both close and easy to immigrate to for Americans since it shares borders with the USA. Many visas are available for employment, marriage, or retirement in Mexico. It is also rated as having higher living standards in Latin America, so if you are tired of the USA, this may be an excellent place to move to.

Nicaragua borders Honduras and Costa Rica; it’s close to the USA but far enough away for you not to worry about American politics.

The country has a tropical climate, so it’s no surprise that there are many beautiful beaches and lakes to visit here. In addition, tourism is a growing industry in Nicaragua as more and more people discover this gem of a country.

Panama is another Central American country with a tropical climate. Its economy is based on trade and services, and it has a stable democracy.

The majority of Americans living in Panama are retirees, so if you’re looking for a place to retire, then this might be the best option for you. It’s isolated from the problems of other countries but also close enough to the USA if you ever want to visit home.

Puerto Rico is a US commonwealth, so it’s effortless for Americans to move here. The islands are located in the Caribbean Sea and have a temperate climate year-round.

The capital of Puerto Rico is San Juan, which is home to about 400,000 Americans. Because it has been a commonwealth of the USA since 1898, English is spoken in Puerto Rico, and US currency is used.

Belize is one of the best places to retire from the United States because it’s also a former English colony, so many things are similar to the American way of life.

If you’re looking for a place that’s friendlier than the USA, then this may be a good choice as well. It has a tropical climate, and English is widely spoken here as it used to be a British colony.

Guatemala shares borders with Mexico and Belize; those who want to retire in Central America would do well by moving here since Guatemala is a Central American country with the highest standard of living in all of Latin America.

It’s also close enough to easily visit Mexico and Belize as well as the USA if that’s your wish.

Germany is a good choice if you look for the best countries to move from the USA because of Europe’s largest economy. It also has excellent healthcare systems and low crime rates.

The weather in Germany is mild, so if you are tired of the cold winters of the United States, then this may be an excellent place to move.

South Africa is another country with a high standard of living. It’s one of the largest economies in Africa and has a stable democracy. South African culture draws heavily from Europe but is still very unique at the same time.

Finland is a good place to move from the USA because it has a stable democracy and an excellent healthcare system.

The country also received the first slot in the UN’s Human Development Index. Finland is a member of the European Union, so it has open borders with other EU members.

Canada is one of the top countries to move from the USA because it’s a progressive country and welcomes immigrants with open arms.

They have one of the highest living standards in the world, so it’s easy to see why so many people would want to move here.

Canada is also a member of the G8, a group of eight highly industrialized countries with stable political systems.

It’s extremely easy for Americans to move to Canada because it is the easiest country to get citizenship. They’re also a member of the North American Free Trade Agreement, making it even easier for Americans to work here.

The Maasai Mara, in the south of Kenya, is Africa’s most famous wildlife reserve. It received its name from the wildebeest that migrated in and out of the area, searching for water and grazing land.

You can take a safari or relax at one of the luxury lodges while being pampered by an army of staff. If you’re living in the USA, this may be a good place to move to so you can enjoy life!

Turkey is a popular choice among retirees. It’s incredibly affordable to live here, plus their healthcare system is excellent. Since it used to be part of the Ottoman Empire, English is widely spoken in Turkey.

Japan is one of the best places to retire from the USA because it’s a high-tech, developed economy with great healthcare service.

It’s also has a stable government and one of the highest standards of living in the entire world.

It’s easy to immigrate to Japan, so this may be a good choice if you’re looking for the best countries to move from the USA.

Final Verdict: Easiest Countries to Move to From USA

If you’re thinking about making a move, one of these countries is sure to fit your needs. But before you make any decisions, we want to hear from you!

Tell us in the comments which country is at the top of your list and why. Also, please share it with your friends, and help them pick the best country!

What are the easiest countries to move to from the USA?

Canada and Mexico are the easiest countries to move to from the USA. Canada is a developed country with the best economy, while Mexico offers easy access to the US and a lower cost of living. Other countries that are easy to move to include Australia, New Zealand, and Chile.

How do you go about moving to a new country?

There are so many variables – from your budget to your visa requirements. But here are a few general tips to get you started:

What are the process and paperwork involved in moving to a new country?

Moving to a new country can be a complex and overwhelming process. Let’s look at the outline of the steps involved in relocating:

1. Check visa requirements and ensure you have the appropriate visa for your destination country.

2. Organize your documents, including passport, visas, and proof of residence/employment.

3. Notify your employer and insurance company of your move.

4. Arrange for transportation of your belongings overseas.

7. Set up bank accounts and utilities in your destination country.

8. Register with the local authorities in your new home.

I hope you enjoy our article, do check more of our unique articles.

Places to Visit During Clarksville, TN to Nashville

How To Rightfully Claim Italian Citizenship Through Maternal...

15 Questions to Ask An Immigration Attorney

Moving to Mexico from the US – The...

When Can I Apply for Citizenship in the...

How To Immigrate To Canada Without Job Offer

Top 12 Easiest Countries to Get Citizenship

2 months ago by datravelvibes Goldsboro, NC, is always crowded in Summer because there is so much to visit, see, and experience. You can explore…

6 days ago by datravelvibes Morrow is a glorious city situated in Clayton County, Georgia. It is a safe place for tourists to visit, with…

4 weeks ago by datravelvibes Saginaw is a full of wonders. Every hook and nook has an exciting tale on all sides of the city,…

2 days ago by datravelvibes Dyersburg is a marvelous city in Dyer County, Tennessee, United States. The city is famous tourist place due to its…