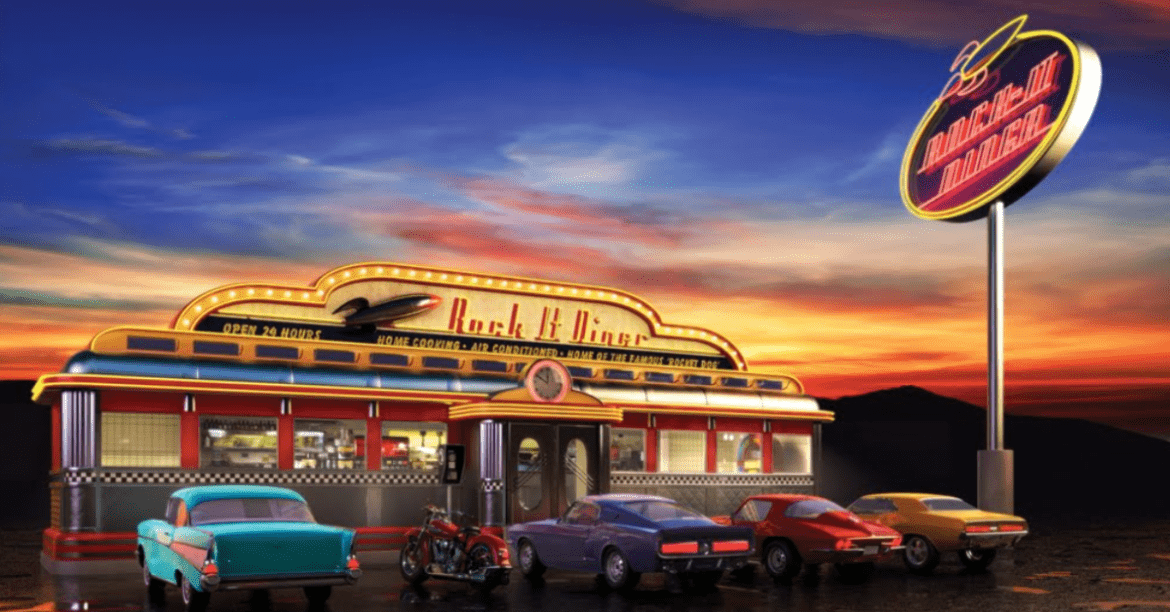 Top 8 Mom and Pop Restaurants in US

Mom and Pop restaurants offer something that many eateries do not. These give you the impression that you are dining with relatives. These are often basic restaurants, many of which have been working for ages, with incredible histories and menus chock full of recipes handed down through the years. Here are several locations from coast to coast that will have you feeling at home as soon as you enter.

Mom and Pop Restaurants in US

Here are some Mom and Pop restaurants in the US. You can choose any of them which suits your requirement the most!

This surf-themed Beach Break Cafe offers traditional American meals with a California touch. It is situated off the historic Highway 101 that travels along the California coast, midway between downtown Los Angeles and the Mexican border. Moreover, people who are taking a break from the beach or those looking for a pre-ocean supper swarm here for the enormous and creative four-egg omelets and scrambles and the rich, cinnamon-laced coffee cake drizzled with frosting.

This breakfast and lunch-only restaurant is decorated with bright surfboards, a ceiling fan that is shaped like a surfboard, and surf-themed artwork. A favorite is the Banana Crunch French toast, which is covered with oats for crunch and topped with bananas and plenty of whipped cream. On weekends, lines might be lengthy; however, owners Gary and Zell Dwelled have set up an honor-based coffee station.

The restaurant is still operating today thanks to Doc Pierce’s son Jay Pierce, who serves the same Tennessee-style barbecue. People line up for hickory-smoked ribs with honey-barbecue sauce on top, pulled pork covered with a unique sauce, and sides like hushpuppies and Brunswick stew. There are also pet friendly hotels in Virginia!

In the Santa Barbara theatre district, Jane’s has been a go-to restaurant since the middle of the 1980s. Jane’s, which has Jane Moody’s name and is currently owned by her granddaughter, offers the warmth of a long-established family-run eatery along with a menu of inventive, modern California cuisine. Also, never forget the beautiful places to visit in California!

This restaurant has been serving Texans wholesome American cuisine since 1929. John and Belinda Kemper, regular customers, took over in 1981 and helped millions across the nation come to adore it.

The eatery, which is famous around the nation for its enormous handmade pies in flavors like German chocolate and lemon meringue, also offers a well-regarded all-day breakfast. Plates overflow with handmade biscuits, huge pancakes, and eggs accompanied by a mountain of hashbrowns.

The oldest Mexican restaurant (EI Charro Cafe) in the US continuously owned by the same family is this Arizona café, which has been in operation since the early 1900s. The restaurant specializes in Tucson and Sonoran cuisine.

According to history, the original owner and cook, Monica Flinn, accidentally put a burrito into boiling oil while creating tacos that gave rise to the chimichanga. People today also value the emphasis on cage-free poultry, natural beef, and vegan and gluten-free versions of their favorite Mexican meals.

What was once a modest grocery shop with a deli counter and a few aisles of canned goods in the 1980s has grown to become a prominent location for a traditional New Orleans po’boy. For the overstuffed sandwich that genuinely captures the flavor of Louisiana, lines can sometimes extend out the door during lunch.

The Grocery’s fried shrimp sandwich is the most famous. Also, it combines crispy fried shrimp with lettuce, tomato, mayo, and ketchup on French bread from Langlinais Baking Company.

The main attraction in Door County’s tourist-heavy Sister Bay is this Swedish eatery. It is adored for its live, furry roof mascots and traditional Swedish and Norwegian cuisine. Real goats are fed on the grass-covered roof of the restaurant. The goats are the ideal diversion for diners waiting for a table because a goat cam allows them to check in from a distance.

After entering, patrons tuck into Swedish pancakes topped with cherries, accompanied by customary lingonberries and local Wisconsin butter. Swedish meatballs, which are served by waiters dressed traditionally from Sweden, are a favorite for some savorers.

This charming California restaurant was founded in 1982 by a Scottish couple named Angelica and Robert Jacoby. Later, it was taken over by their son Paul. It has gained a loyal following thanks to its renowned breakfast menu and crunchy-on-the-outside, fluffy-on-the-inside biscuits.

There is something for everyone with options like Mango Macadamia Nut Pancakes and Huevos O’Groats, their version of Huevos Rancheros atop a tortilla made of biscuit dough. Moreover, Ziggy’s Get Fit menu offers a variety of options for everyone, even the most health-conscious. Every month, the restaurant offers a three-course meal. It features Scottish classics like steak and kidney pie as a nod to the founding family’s Scottish heritage.

The best Mom and Pop restaurants of all time are given above in this article. And if you visit the US, don’t forget to check these restaurants. You can read about them here carefully and choose the one you like the most according to their menu and atmosphere. It is also recommended to contact them for more information.

FAQs about Mom and Pop Restaurants

Which stores are referred to as Mom and Pop shops?

In the past, general stores or drugstores that were locally owned and operated by families were referred to as “Mom and Pop businesses.” Mom-and-pop enterprises include various industries, such as restaurants, bookstores, auto repair facilities, and insurance companies.

In the US, how many Moms and Pop restaurants are there?

Statistics, Factual Information, and Trends about Mom and Pop restaurants in the US in 2022–2023. In the US, over a million restaurants employ 15.6 million people.

I hope you liked this article; if you want to find out more, check out national parks in the USA!

Top 8 Restaurants in China | A Guide

Visiting Missouri? Don’t Miss Out On These 7 Things For Fulfilling Entertainment!

Six Fun Things to Do in Sevierville

6 of The Best Hiking Trails In Gatlinburg

8 Tips For Your First Trip To Fredericksburg