Russian Impact on Tourism from the Past 5 Years 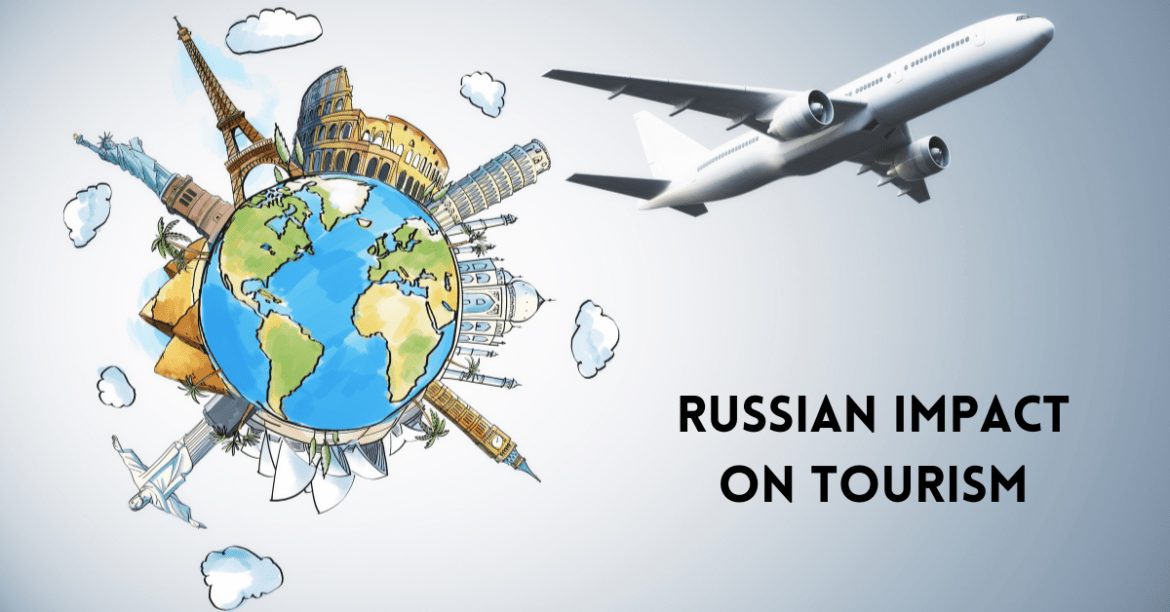 Russia is a beautiful country containing lovely beaches, implausible mountainous regions, magnificent volcanoes and glaciers, and iconic villages. On the other hand, Russia is rich in cultural and historical heritage and contains a 144.1 million population. When it comes to Russian impact on tourism, these were positive, and tourism caught rapid growth since the soviet times.

It is popular among visitors for the Golden Ring of ancient cities, long journeys on the famous Trans-Siberian Railway, and the Volga.

Traditionally, three perimeters describe the tourism impact of a country, including economic, socio-cultural, and environmental dimensions. So, we can analyze the Russian impact on tourism for the past five years by observing these aspects.

Russian Impact on Tourism from the Past 5 Years

Here is a look at the details of the Russian impact on tourism!

On the other hand, international tourism contributed 3.2 trillion to the economy, which raised the country’s GVA to 3.8% in 2017. However, the multinational record of visitors was approximately 24.6 million in 2018, and the rate increased to 0.7% from 2017.

The tourist record was constant for two years, from 2017 to 2019, and the statistics fell after COVID 19. Only 7 million international visitors visited Russia in 2021.

Impacts emerge and make influence when a government brings changes in the system, threatening indigenous identity and behavior toward tourism. The system can change the traditional lifestyles, ceremonies, and community structure. It can ruin the tourism field if the socio-culture system of the targeted country is affected.

For example, criminal deterioration in a country can also impact its tourism. Several other things can create a mess in the socio-culture system, including lifestyles, budgeting, dress codes, and attitudes toward strangers.

Russia has the lowest criminal record among the most visiting countries. On the other hand, Russia acquires the European and Asian cultures, which increases its socio-cultural values and Russian impact on tourism among international tourists.

Researches also disclose the socio-cultural impacts can be improved by participating in cultural events related to cultural pride. People of Russia say a warm welcome to the visitors during their cultural events, including Easter, Christmas, and political and historical events. These participations increase communication, knowledge of the community, and the awareness of culture.

Environmental dimensions create a potentially adverse effect on tourism in three ways pollution and physical impact, the strain on natural resources, and degradation of ecosystems.

Tourist sites are more susceptible to getting adulteration due to the behavior of tourists, so these places require more attention. It can affect tourism in the region if the site is not maintained. On the same side, Russia lacks environmental dimensions and suffers from water and air pollution.

For example, Lake Baikal is an ancient and colossal lake in the mountainous region of Siberia. It is the deepest freshwater lake around the globe and worth visiting due to its unique and historical buffs.

This lake is suffering from a water pollution problem. The poor sewage system contaminates this freshwater lake. So, this environmental retardation can leave negative Russian impacts on tourism.

Recent Crisis and Their Impact on Russian Tourism

In Ukraine’s tragedy, people suffered a lot, and it caused Russian impacts on tourism. The tourism field was already suffering from COVID 19 crisis, and those crises need to be recovered urgently.

Now the situation that Russia has created for Ukraine, several countries can restrict intentional flights to Russia. These international conflicts, especially in the US and Asian source markets, can affect and slow the recovery rate of the tourism department because these markets are conscious risk-averse.

Mostly people from the US and Asia are fond of traveling, and they explore different countries, while these international problems will create a tourism crisis in these countries.

Statistics show that Ukraine and Russia commonly represented 3% of global spending on international tourism in 2020. On the other hand, these long last conflicts can put both the countries into trouble, and they can also face a loss of US$ 14 billion in tourism receipts worldwide in a running year.

Ukraine and Russia are significant for adjacent countries, including Seychelles, Maldives, and Sri Lanka, but both countries can face a fall from Europe and Asia in 2022.

Russia has several fascinations to grab tourists globally. The country earned the best economic output from its destinations and has good socio-culture support. However, environmental dimensions have a minor problem, but they are adjustable. On the other hand, the crisis created by Russia for Ukraine affected tourism in the overall country.

What are the worth visiting places in Russia?

Russia is a country famous for its beauty and charm. Several places in Russia are worth visiting and need tourist’s attention, including Lake Baikal in the mountains:
1- Moscow. Red Square in Moscow
2- St. Peterburg
3- The Russian Tundra
4- Olkhon Island
5- Peterhof Palace
6- Rosa Khutor ski resort
7- Horses in the Altay Mountains

Is it costly to visit Russia?

Yes, Russia and its capital cities are costly, but visitors can also explore different destinations on a budget. A weekly solo trip may require $1500 to visit several fascinations in Russia. On the other hand, planning a tour with your partner will cost $2700, and a family tour will need more.

Is the war in Ukraine affecting Russian tourism?

Yes, the Ukraine war will leave a negative Russian impact on tourism because people can change their priorities and choices. Tourism is a sensitive field, and international relationships can disturb international tourism.
On the other hand, statistics also show that the booking for international five-star hotels was about 75% before the war. Whereas, after the Ukraine war, the international bookings are reduced to 35% percent.

3 weeks ago by datravelvibes New Iberia is full of places worth visting and things worth experiencing. Many events take place here so hundreds of…

2 weeks ago by datravelvibes Mostly tourists who come to Salem in Virginia yearly do so out of their love for sports. However, you can…

2 days ago by datravelvibes Olean is a marvelous coty in Cattaraugus County, Ney York. Being the largest city in the County, it has its…

5 days ago by datravelvibes Morrow is a glorious city situated in Clayton County, Georgia. It is a safe place for tourists to visit, with…