Why Must You Try 14 Astounding Things to Do in Alpharetta? 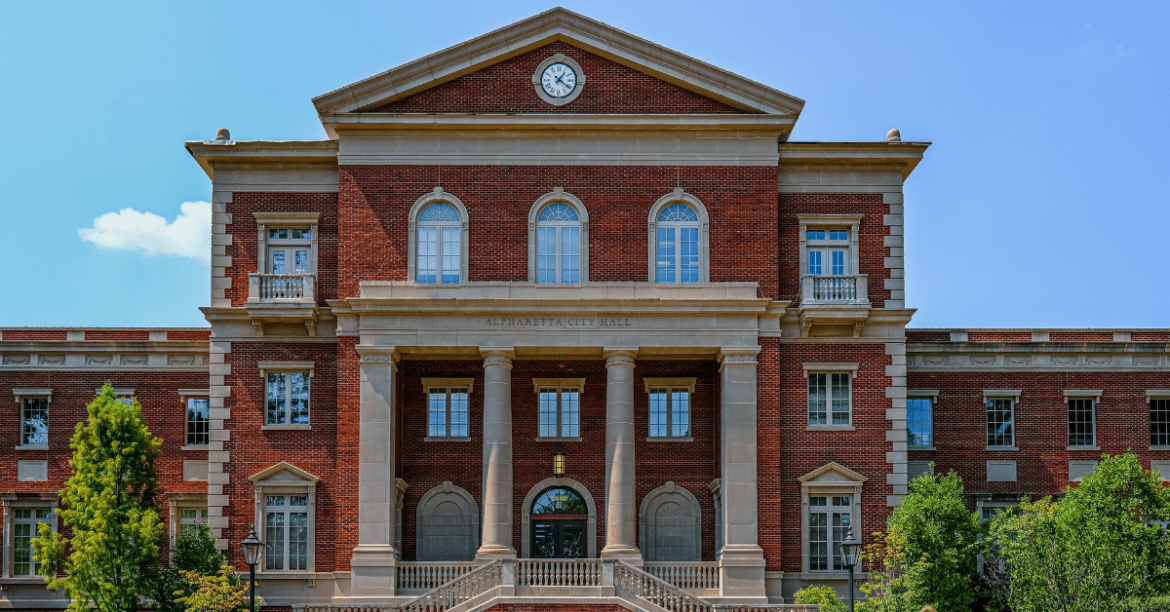 The Alpharetta is a northern city and contribution of Atlanta, in Fulton County, Georgia. It began life as a trading post in the 1830s and was the first permanent community of the US in the region. Moreover, it was agricultural land, and in the 1980s, it was turned into a modern and technical piece of land. So, there are several astounding things to do in and around Alpharetta, Georgia.

Astounding Things to Do in Alpharetta, Georgia

Let’s know the details of some best things to do in Alpharetta, Georgia!

1- Go to The Farmer Market

The Farmer market is one of the top things to do in Alpharetta. From the Town Green to South and North Broad Streets, Alpharetta’s farmers market permits you to stroll the city in the most peaceful. The market won many awards, and it offers fresh, standard produces, such as locally-grown fruits and vegetables. You can also buy soaps, bread, plants, honey, and other eatables on stalls.

Topgolf comes with a driving range and holds several social occasions of a bowling alley with the skill of the golf course. Visitors can practice their swing, get a chance for some fun by challenging friends, and welcome people of all ages to the center’s point-based golf games. On the other hand, you can also move towards the adjacent point, Alpharetta Family Skate Center.

Southern cooking is unique and tasty in the region because there are some secrets behind what makes this soul food. You can discover those secrets at Alpharetta’s premier cookery school. The cooking masters that hold these sessions are sure to disclose new ways of doing things in the kitchen, so it doesn’t matter if you are a beginner or experienced in cooking. So, you can take a tour of this school, for disclosing kitchen secrets.

It is a wooden house founded back in 1845 for a leading family in the area who ceased living here for three generations. It is a historical place, which can be found in the National Register, that opened as a museum in 1991. Visitors can watch its rich interiors containing antique pieces of furniture and original fixtures and fittings. You can also take a look at the grounds containing authentic slave quarters.

The Alpha Loop is a connection between the different areas of Alpharetta and its surrounding neighborhoods. The Alpha Loop focuses on green modes of transport, including cycling and walking.

The loop consists of two actual pathways around the city, withholding an inner path and outer ring. The inner path of the Alpha loop is about five kilometers in diameter, while the outer ring is about eight kilometers.

7- Visit the History of the World of Coca-Cola

Visitors can enjoy a short walk to the place where John Pemberton invented the drink in 1892, which is the world of Coca-Cola. It is an 81,000 square meter place in Atlanta, Georgia’s state capital, revealing the history of today’s most demanding and popular drink. Besides disclosing the history of Coca-Cola, the site also hints at some of its secret formulas. The place is about 40 kilometers south of Alpharetta.

The memorial is made up of 8,000 bricks with the names of Georgians, who lost their lives in the second world war. The monument is present around a bronze statue approximately two meters tall and illustrates two members of the US armed force. It is a monument, enclosed by American stars and stripes, that look to unveil the nation’s very soul.

9- Enjoy at the Wills Park

The Wills Park is one of the best green spaces for families traveling with kids. Several recreational centers for sports and other activities, including basketball fields, playgrounds with swings and slides, and monkey bars for kids. The park holds several activities like karate and aerobics for adults. You will also get a swimming pool and tennis courts in Wills park, which make your picnic more adventurous.

Whenever you are planning your trip to Alpharetta, you must remember that it has a Music City with a reputation with several venues and fascinations. You can visit the Amphitheatre, which is 12,000-seater and known as Ameris Bank. You can also enjoy an outdoor concert under the Pines, where you can enjoy Matilda’s Music. Visitors can also bring their picnic baskets with food and drinks to enjoy the outdoor live performance.

The greenway linear park covers 12 kilometers along the length of Big Creek. It is the best place for residents and visitors and is suitable for all times of the year. Visitors can also enjoy birding between the Haynes Bridge Road and Mansell Road, where you can see blue herons and other species of birds. Residents also use the site to get some fresh air or for exercise.

Alpharetta’s center is known for containing historical buildings dating from the 1850s. You can watch some buildings in the historic district dating from the 1900s and 1910s. Visitors can also watch the Dodd Hotel, constructed in 1870 and used as the boarding house for teachers and similar professionals until the 1940s. However, you can also look at the Greek Revival Skeleton-Teasley House from 1856.

Alpharetta Arts Center consists of a contemporary single-story structure contrasting to the historic red brick elegance of City Hall. The building is devoted to modern art that discloses the rotating series of art that is not less worthwhile than a gallery in a larger city. The center is also responsible for holding several events, workshops, various art-related themes, and regular art classes.

There is nothing better to visit the Alpharetta and Old Milton County History Museum if you want to learn the history of Alpharetta. The museum is present inside the City Hall, where you can learn the history of Alpharetta from the time the city originated till now. You can also learn about the city’s history from the time before the existence of the Alpharetta when the region was the traditional territory of Cherokee native Americans.

15 Amazing Things to Do in East Point (GA)

An Exotic Guide on 15 Things To Do in Aliso Viejo

15 Amazing Things to Do in Hailey (Idaho)

2 weeks ago by datravelvibes Parkersburg is a beautiful West Virginia city located at the border of the Ohio Rivers. It is full of exciting…

1 month ago by datravelvibes When you are in Elizabeth City, North Carolina, most feelings include being amazed, astonished, and stunned by the beauty. .…