Top 10 Best Beaches in the world 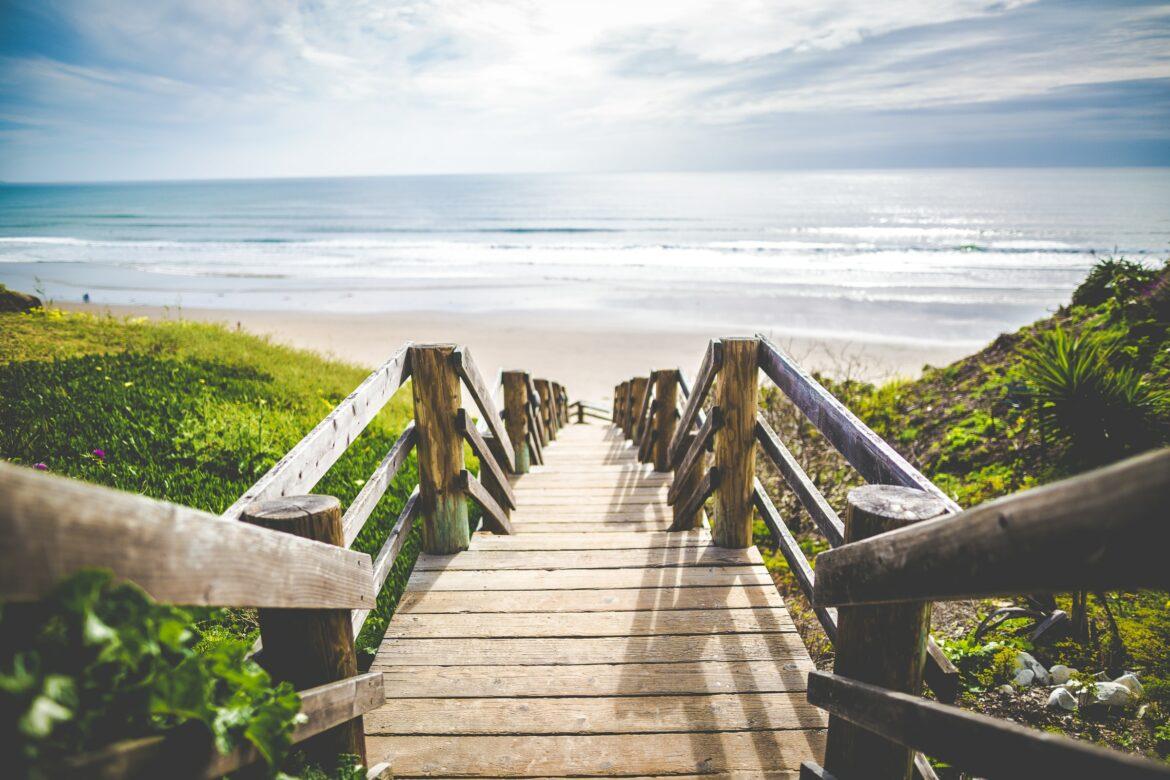 There’s something about the best beaches in the world that enlivens the senses. The briny scent of salt in the air, the calming murmur of waves, the gentle nip of sand whipped up by the soft breeze. A favorite beach is like a favorite poem. It is individual, important, and something that makes our hearts sing. Now more than ever we are dreaming of days spent wriggling our toes in the sand and wallowing in salty water.

Instead of the typical sandy spots dotted with sun umbrellas and gaggles of tourists. We’ve sought out spaces that you may have to venture a little further for, but that remains incredibly beautiful and very often crowd-free. From the most exquisite beaches in Europe to far-flung stretches in Asia, Africa, and more.

Here is the list of the best beaches in the world.

Start the list of Best Beaches in the world with Fiji because of its turquoise waters, glittering sands, and luxe resorts, Fiji is similar to many other tropical getaways. Likewise, the set of 333 islands caters to lovebirds of all kinds. Plus, adventure seekers, like surfers and divers, appreciate the archipelago’s quality waves and coral reefs. But Fiji differs from other island destinations in its other worldliness.

Since it’s more than 1,300 miles from New Zealand’s North Island in the South Pacific Ocean, Fiji affords you the delectable feeling of seclusion. You’ll be as far from reality as possible when you’re sipping Fiji Bitter beer and watching the sun dip below the horizon. Fijian customs will make you feel a million miles away too: Ever tasted the dizzying kava drink? Or watched men defy fire and walk across scalding stones without burning their feet? If not, it’s about time you did.

It’s hard to debate this one. Anguilla is blessed with many stunning beaches, but Maundays Bay is an exception. On this skinny island’s southwesterly tip wins for crystal-clear water, a gradual slope, pristine sand, and a perfect half-moon arc.

Technically it is a public beach. But it is rarely crowded and populated predominantly by guests at the Belmond Cap Juluca recently reborn after a glorious heyday in the ’90s. Maundays is ideal for families with kids, as sightlines are uninterrupted, there are rarely any waves, and the beach is neatly bookended by two small breakwaters.

Have You seen photos of the Maldives before? Picture-Perfect Private villas suspended over striking blue waters, alabaster white sand beaches and spectacular sunsets dipping into the horizon. The scenic beauty of the Maldives is something to behold, something you can’t quite understand until you’re there in person.

The island nation of the Maldives is popular with honeymooners looking for seclusion and adventurers looking to explore the depths of the sea on a scuba diving and snorkeling excursion. Travelers seeking relaxation can unwind at one of the island spas. All visitors should certainly spend a day exploring the Maldivian capital of Male.

The hotels in this region are also spectacular, ranging from underwater hotels to overwater private bungalows. However, getting to and staying in this tropical paradise requires patience and plentiful cash. Because there are no direct flights from the United States. Located between the Arabian and Laccadive seas, roughly 500 miles southwest of Sri Lanka, the Maldives is about as isolated as you can get and that’s just another one of its many allures.

Kiawah Island, a mostly private, gated community, less than a hours drive from Charleston International Airport is a low country winner. It is about to receive nonstop flights to London this year. East and West Beach, combined, stretch for 10 miles along the Atlantic. Public beach access is at Beachwalker County Park at the island’s far southern end. The sand is flat, the water is shallow, there are lifeguards on duty, and you can rent beach chairs and umbrellas rentals.

The small island of Bora Bora (just about 6 miles long and a little more than 2 miles wide) overflows with beauty. A dormant volcano rises up at its center and fans out into lush jungle before spilling into an aquamarine lagoon. In fact, author James Michener. Who wrote Tales of the South Pacific, called Bora Bora the most beautiful island in the world. The 18th-century British explorer James Cook even coined it as the Pearl of the Pacific. The very definition of a tropical getaway, blissful Bora Bora abounds with luxurious resorts, sunny skies, warm waters, and friendly locals.

And as you might’ve already guessed, the main industry on this petite island in French Polynesia and its swarm of tiny motu (islands) is tourism. To that end, you can snorkel, explore Vaitape (Bora Bora’s main port), hike Mount Otemanu, and more. But there’s a catch: Bora Bora is expensive – very expensive. In short, visit Bora Bora for natural beauty, visit for utter relaxation and visit if you have the money.

Undeniably one of the most photographed beaches in the Caribbean, if not the world, Trunk Bay sits in the northwestern corner of the Virgin Islands National Park. It was donated to the park service by Laurence S. Rockefeller more than 50 years ago.

Calm, clear water and a 225-yard-long underwater trail for snorkeling are big draws, as are hiking trails up and into the surrounding greenery, filled with the ruins of historic sugar cane plantations.

St. John has had a long road to recovery from the hurricanes of 2017. But the good news is that the National Park is back in full bloom. Its beaches are in perfect shape, Cruz Bay is bustling with shops and restaurants. The Westin St. John Resort Villas is finally back in operation, offering accommodations from studios to three-bedroom villas.

One of the Best Beaches in the world Tahiti which has Miles of shoreline, dozens of resorts, French cuisine to die for. Tahiti has all the makings of a honeymoon destination. But beach bums often pass over Tahiti’s sands in favor of Bora Bora’s ivory shores. Despite its idyllic reputation and accessibility, Tahiti is more of an off-the-beaten-path stop than a romantic getaway.

However, that doesn’t mean Tahiti should be ignored. Leafy forests sit beside sandy shores, French crêpes are served alongside Tahitian Poisson cru (raw fish). If there ever was a place that embodies the beautiful duality of the French Polynesian archipelago, it’s Tahiti.

Here, the quirky, often chaotic atmosphere of the island’s capital, Papeete, rubs elbows with uncorrupted natural beauty. In fact, Tahiti the largest of French Polynesia’s 118 islands is often referred to as two separate islands despite them being joined by a tiny land bridge.

Shockingly, Palawan remains steadily under the radar, even though it continues to rank highly in our Readers’ Choice Awards. El Nido alone is home to around 50 white sand best beaches it’s impossible to choose just one, all of which are set around dramatic limestone formations and have the finest and whitest sand you’ll ever see. The water is so blindingly blue it makes the Caribbean Sea look murky in comparison. And the sunsets? Well, they’ll ruin you for life. Consider yourself warned.

El Nido Resorts at Pangulasian Island, which was ranked nine out of Top 45 Resorts in Asia in the latest Reader’s Choice Awards survey of cntraveler. With scuba courses and access to plentiful dive sites. As well as boat tours of mangroves and secret lagoons. You could spend all your time exploring, but the resort makes it equally tempting to stay put.

Maui is just right offering a taste of just about everything the Aloha State has to offer, from impressive wildlife to intriguing history and culture. While on a visit here, you can shimmy alongside professional hula dancers, golf along coastal fairways, snorkel alongside five different types of sea turtles or simply lounge along some of Hawaii’s most notable beaches.

One of the archipelago’s most popular tourism spots. Sandwiched between the Big Island and the much tinier Molokai, that’s where you can find Maui. Many travelers base themselves along the coasts of South Maui or West Maui. Where the sands of Kaanapali Beach and the music from the Old Lahaina Luau are located.

Travel along the Road to Hana to experience East Maui’s scenic coastline, explore Haleakala the world’s largest dormant volcano – in the Upcountry and discover the former tribal battlegrounds of Central Maui’s Iao Valley State Park. And for a bird’s-eye view of it all, reserve a spot on one of Maui’s best helicopter tours.

Gouverneur is considered one of the best beaches in the world. it is located at the bottom of a steep and sparsely populated road which is remote and pristine. A small, well-maintained parking lot comes courtesy of the privately owned land (none other than Russian billionaire Roman Abramovich). Access to the sand is through a small, shady grove of trees a popular spot for picnics at the eastern end of the beach.

The farther west you walk, the fewer people you’ll find. Expect to encounter wild goats on occasion and keep a lookout for traces of buried treasure belonging to the notorious French pirate, Montbars ‘The Exterminator”.

Looking for some tips to plan your next trip? Check these tips for planning you next trip.

Best Places For a Vacation in the Caribbean

Best Nightlife Places In The World

Some Best Hotels in Gainesville, TX

7 Most Fascinating Hotels in Sumter, SC

Top 7 Things to Do in Laramie WY

7 Amazing Things to Do in Newport, KY

When is the Best Time to Visit Playa...

2 months ago by datravelvibes While planning a trip to Russia, remember that the actual joy of tourism will depend upon the best places to…

2 weeks ago by datravelvibes Port Angeles is a beautiful city in Washingto, located at the north end of the Olympic Peninsula. It's famous for…

2 months ago by datravelvibes Texas became a part of the United States Treaty, not a territorial annexation. It is the largest state in US…

2 months ago by datravelvibes Maui is the second largest Island of Hawaii, also famous as The Valley Isle. It accomodates highest peaks, the pools,…

3 days ago by datravelvibes Goldsboro, NC, is always crowded in Summer because there is so much to visit, see, and experience. You can explore…

1 month ago by datravelvibes The 25th Island of Greece is the hidden gem of the Cyclades Islands. The peace and delight of this place…

2 months ago by datravelvibes Vero Beach is one of the best destinations in Florida, present across the central Atlantic Coast in Indian River County.…