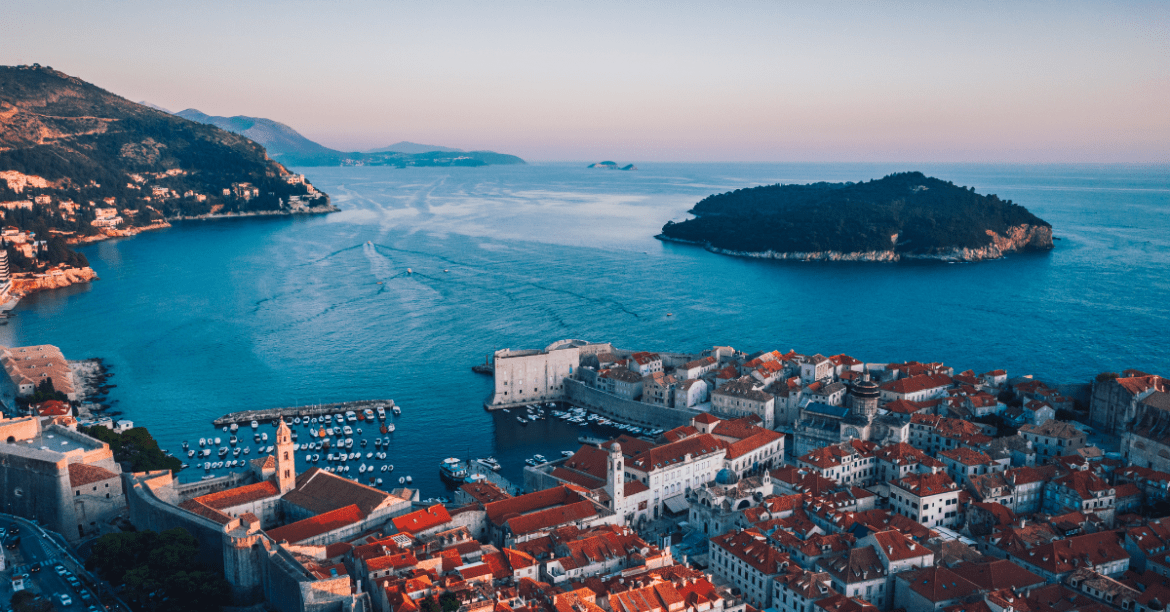 People visit islands to enjoy their vacations on golden sandy beaches in front of turquoise blue water. On the other hand, there is another thing to explore beyond the beaches on the islands. The city of islands is primarily a small area that contains several things to do there.

When it comes to the beautiful city of islands, you can consider all the following. Let’s look into their details!

Lindau is a town situated on the edge of Lake Constance in Bavaria, Germany, that splits between the slopes of the mainland and the island by a bridge. The site is known for an old town on Lindau island, where you can see a Bavarian Lion statue and is full of mountainous views.

It is also known for the picturesque harbor and a stone lighthouse that dates back to 1853 Mangturm. The lighthouse consists of a 36 meters high tower that offers the best views of lakes and mountains. Overall, this is an excellent place and worth visiting.

The Monemvasia is a small town present in Laconia, Greece, on the eastern coast of the Peloponnese. The island is present in the short causeway and is about 200 meters. This small city of Islands is rich in heritage; it was a magnetic place in the 12th century, and thousands of people lived there.

On the other hand, now the city contains a dozen people who live year-round in Monemvasia. This site was constructed in the Medieval Ages and is one of the best romantic places in the county and known as a castle-town of Medieval.

Key West is one of the best cities of islands in the U.S and a constituent of the Florida Keys archipelago. The city lies approximately 90 miles north of Cuba and is known as the southernmost point of Florida. The city is famous for its cruise-ship stop, where you can reach the mainland via the Overseas Highway.

The conch-style houses and pastel-hued are other reasons for its fame. It is another best place for beach activities, snorkeling, and coral reefs – destinations for diving. The site is also worth visiting, where you can stay for a day, a week, or even for a year.

Mexicaltitán is one of the compact artificial island cities in the Mexican state of Nayarit, which is also known as Mexcaltitán. The name for this city is derived from the Mexicali and Atitlan, which are Náhuatl words. The oval-shaped Mexicaltitán is much bigger and measures the 400 meters widest.

According to the legends, it is one of the mini island cities. It is also known as the Aztlán because it was the homeland of the Aztecs. The small site is popular for its small peaceful streets and beautiful roof homes made of tiles.

Flores Guatemala is a city present on the island of Lake Petén Itzá and known for providing a gateway to nearby Mayan ruins. It connects by the causeway to the town of Santa Elena. Moreover, it is the most beautiful island containing the national parks of Yaxha-Nakum-Naranjo, a well-known destination of Tikal, famous for its towering temples and migratory birds.

It is mainly famous for Tikal ruins, present 1 hour away from the city. The site is also famous for its safer atmosphere, culture, and beautiful small streets.

Montreal is one of the largest cities of islands present in the province Québec province of Canada. The city and islands are set on the Saint Lawrence River and are popular after Mt. Royal, the triple-peaked hill in its heart.

This city of Islands is famous as the best international host in North America. Montreal is a historic site because it hosted the Summer Olympics in 1976, and it is home to the famous Cirque de Soleil. It also hosted the 20th Century’s expo, thought to be the most successful world fair.

Portsmouth is the only single island city in England that spans the Portsea Island, based on the southern edge of England. It is famous for its magnificent heritage, Portsmouth Historic Dockyard, people, and property. Visitors can take a tour of the wooden warship HMS Victory and the interactive National Museum of the Royal Navy.

Visitors can also watch the Tudor ship Mary Rose which the dockyard museum conserves. It is also popular for containing the nation’s most famous ships and vessels in the Royal Navy surface fleet.

Cebu is the Philippines’ province in the Central Visayas region of the country. The Visayas region contains Cebu and more than 150 islands and islets nearby. It is the oldest city in the Philippines that preserves 16th-century Spanish landmarks such as triangular Fort San Pedro and the Basilica Minore del Santo Niño church.

It is also famous as the Queen city of the south, stretches 196km from north to south with a 2.5 million population.

Florianopolis is the most beautiful island and the capital of the Santa Catarina state of southern Brazil. It covers 54km of land on Santa Catarina Island and is known for its beaches. Moreover, it is popular as the Ilha da Magia, which means the magical island due to its charm and beauty.

Visitors can lose their senses after stepping into the city, where they can enjoy boating and windsurfing on Lagoa da Conceição. Florianopolis is worth visiting because of its beauty, magnificent beaches, and glorious weather.

Nassau lies on the island of New Providence and is famous as the capital of the Bahamas. It has a connection with Paradise Island via Nassau Harbor bridges.

It is famous for its offshore coral reefs, beaches, and hilly landscape. Visitors can also enjoy water-based activities, including diving and snorkeling. It also preserves the historical pastel-colored British colonial buildings.

The city of islands is always worth visiting for its heritage, culture, and peaceful atmosphere. Visitors can watch some historical construction in the island cities and a relaxing atmosphere grabbing tourist attention.

Yes, besides the beautiful beaches on the island. Those islands that have cities are also called island cities.

2- What cities have islands?

Venice, Italy, and Cebu Cities are the Cities of Islands that contains islands. Venice city accommodates more than 100 islands, while Cebu city resides more than 150 islands.

Why Greece is the Perfect Destination for Your...

1 week ago by datravelvibes In the heart of the country, Oskaloosa is one of the best places to visit. You can visit its museums…

1 month ago by datravelvibes Located in the heart of Florida, Winter Haven is a unique city with a chain of lakes linked by a…

2 weeks ago by datravelvibes Your perspective on the world might change after seeing the Galapagos Islands. . Read the relevant article on our website…

2 months ago by datravelvibes Bainbridge, GA, is a center point linked to the Gulf of Mexico via Florida. It has lot to show you…

2 weeks ago by datravelvibes The city lies halfway between San Francisco and Portland in the Cascade Mountains at the base of Mount Shasta. You…

2 months ago by datravelvibes Stinson Beach is one of the most beautiful beaches in California, anyone wants to spend time on it! . Read…

1 month ago by datravelvibes Kingsville is the southern region of the American state, Texas. It is a city full of tourist attractions and rich…

2 months ago by datravelvibes If you are planning a trip to spend your vacation near Venus Beach, you must also consider the hotels to…

1 week ago by datravelvibes Oroville, CA, is a place you can visit for pleasure, rest, and relaxation. It has a strong history with beautiful…